The best parts of “The Passion of Mary Caldwell Dawson” — presented Friday at the Kennedy Center Terrace Theater by Washington National Opera — are when the lines blur between its subject and its star, mezzo-soprano Denyce Graves.

Graves may be a far more familiar name than her titular character in this “play with music,” created by Kennedy Center composer-in-residence Carlos Simon and playwright Sandra Seaton, but Dawson’s time in the spotlight is long overdue.

Mary Lucinda Cardwell Dawson was a singer, pianist, educator and founder-director of the National Negro Opera Company, which was active between 1941 and 1961. Born in 1894 in North Carolina, raised in Pittsburgh and trained at New England Conservatory of Music, Dawson’s life with intertwined with music and entirely invested in the push to make room on the stage for Black artists.

She established the Cardwell Dawson School of Music and the National Opera House upstairs from her husband Walter’s electrical company in their Pittsburgh home — the Queen Anne-style mansion at 7101 Apple St., now the subject of an extensive preservation effort. The company staged ambitious productions of works like “Aida” and “La Traviata” in Chicago, Pittsburgh, New York and Washington (on the outdoor Watergate Floating Stage)

She also founded the Cardwell Dawson Choir, mentored dozens of young Black singers and championed the staging of works by Black composers, including R. Nathaniel Dett’s 1932 oratorio “The Ordering of Moses” and Clarence Cameron White’s “Ouanga.”

Singers like Robert McFerrin, Camilla Williams, La Julia Rhea, Lillian Evanti, Minto Cato, Muriel Rahn, William Franklin, Joseph Lipscomb and Napoleon Reed all contributed to the company’s 20-year run and still-unmeasured legacy. (And, though they were an independent group, Dawson’s company technically counts as the first to present work by a Black composer on the Metropolitan Opera stage.)

President John F. Kennedy appointed Dawson to the National Music Committee in 1961, a year before her death from a heart attack.

“The Passion of Mary Caldwell Dawson,” which repeats twice on Sunday, is an attempt to address the glaring omission of Dawson’s contributions from the annals of American opera history. Along with “Building the Stage,” a companion exhibit of images and costumes from the company on view in the Hall of States until Feb. 1, the “play with music” tries to fill in some historical blanks while infusing the story with enough music to keep the show from becoming a didactic diorama.

For the most part, it succeeds. Set in a sparsely appointed D.C. rehearsal studio outfitted with a piano (where pianist-organist Marvin Mills held smooth, skillful court), Dawson and a trio of her proteges prepare a production of “Carmen” — bound by contract and threatened by an impending thunderstorm. Desperate to stage the performance but staunchly opposed to accepting a local hall’s offer to accommodate the company with “colored” seating, Dawson toggles between frustrated soliloquies, one-sided telephone calls and (the real treat) singing lessons.

Graves first played the role of Dawson when the initial iteration of the show premiered at the 2021 Glimmerglass Festival in New York. Dawson’s story was the impetus behind the launch of the Denyce Graves Foundation, dedicated to “championing the hidden musical figures of the past while uplifting young artists of world-class talent from all backgrounds.”

As a member of the voice faculty of the Peabody Institute of Johns Hopkins University, Graves effortlessly adopts the proverbial tenor of a teacher onstage — reprimanding her Don Jose (tenor Jonathan Pierce Rhodes) on his insufficient innocence with a little slap, chanting “tempo! tempo! tempo” as soprano Amber R. Monroe’s Isabelle works through an aria. All three students earn high marks, but soprano Taylor-Alexis Dupont is especially fine as Dawson’s “Carmen”-in-training, Phoebe: her voice beautifully rich and spirited, well-suited to the task of singing a singer learning to sing.

Musically, the show has the easy, informal delight of a cabaret, moving breezily between spoken stretches and arias from “Carmen” — We hear “Parle-moi de ma mere,” the “Seguidilla,” “La fleur que tu m’avais jetee” and, of course, the “Habanera” — each enhanced by a certain meta-charm. (It’s impossible not to see Graves’s Dawson turn right back to Graves when she’s showing her students how it’s done.)

Simon’s original music lends an additional emotional luster — Mills’s lonely piano hints at Debussian interludes in the opening “Divided Soul.” And Seaton’s text finds potent echoes to string through Simon’s music — poetically capturing Dawson’s ambition, grit and grace. Their closer “She Steps Onto a Floating Stage” is especially beautiful, and left me wondering how much richer a realization this might be with the incorporation of a chamber orchestra.

But as with Dawson and her students, there’s lots of room for growth here. Director Kimille Howard skillfully wrangles focus and lends a mythic quality to Dawson’s spartan studio, but there are frequent dead zones and a few too many loops and lapses in the script.

Unexplored are the stories of any of Dawson’s students, whose frustrations seem entirely (and unconvincingly) confined to the studio. Much of Graves’s dialogue is suffocatingly expository — a necessary approach when there’s so much ‘splainin to do, but one that can feel perilously animatronic. And there wasn’t much subtlety to the stakes: “The concert has got to go on!” Graves laments as the sky darkens over the stage, “Or the National Negro Opera Company will cease to exist!”

Still, in this “play with music,” the relative dryness of the dialogue perhaps inadvertently makes the musical departures that much more refreshing. If future iterations of “The Passion of Mary Caldwell Dawson” can devise ways to more seamlessly incorporate the historical significance of this unfairly forgotten queen of American opera with the beauty and immediacy of the music to which she devoted her life, we could have a breakthrough work on our hands.

For now, it’s no small treat to listen and learn as this show finds its voice.

“The Passion of Mary Caldwell Dawson” repeats at the Kennedy Center’s Terrace Theater on Sunday at 2 p.m. and 5 p.m. www.kennedy-center.org. 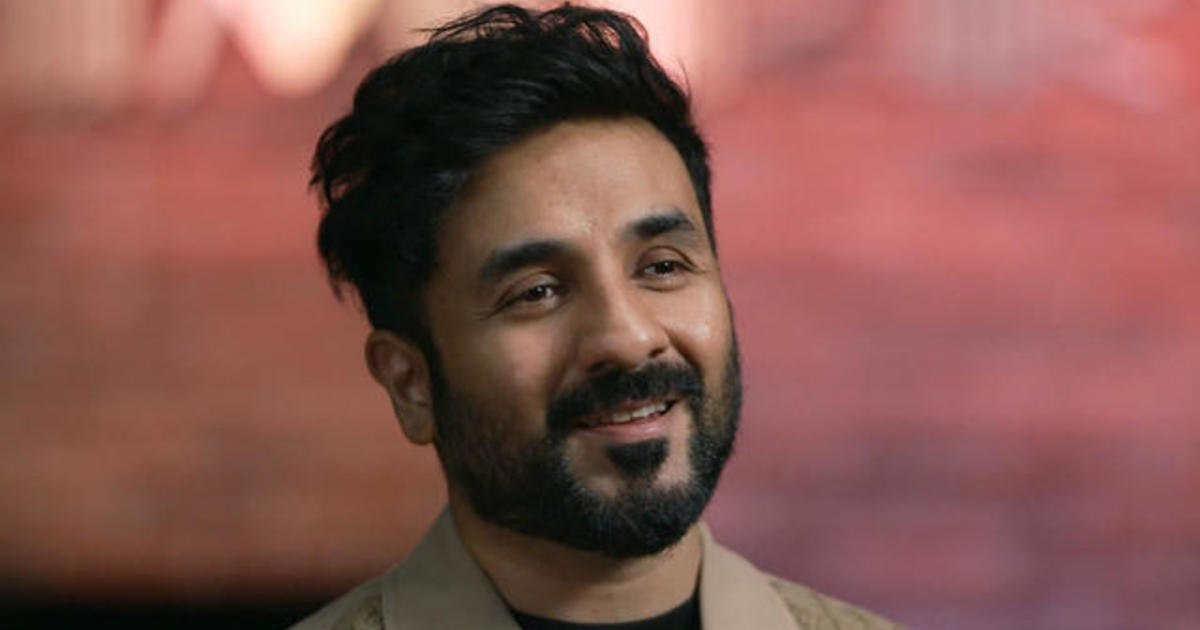 Vir Das on comedy and controversy Lunar New Year and the Year of the Rabbit: What you...

Book review of ‘And Finally,’ by Henry Marsh