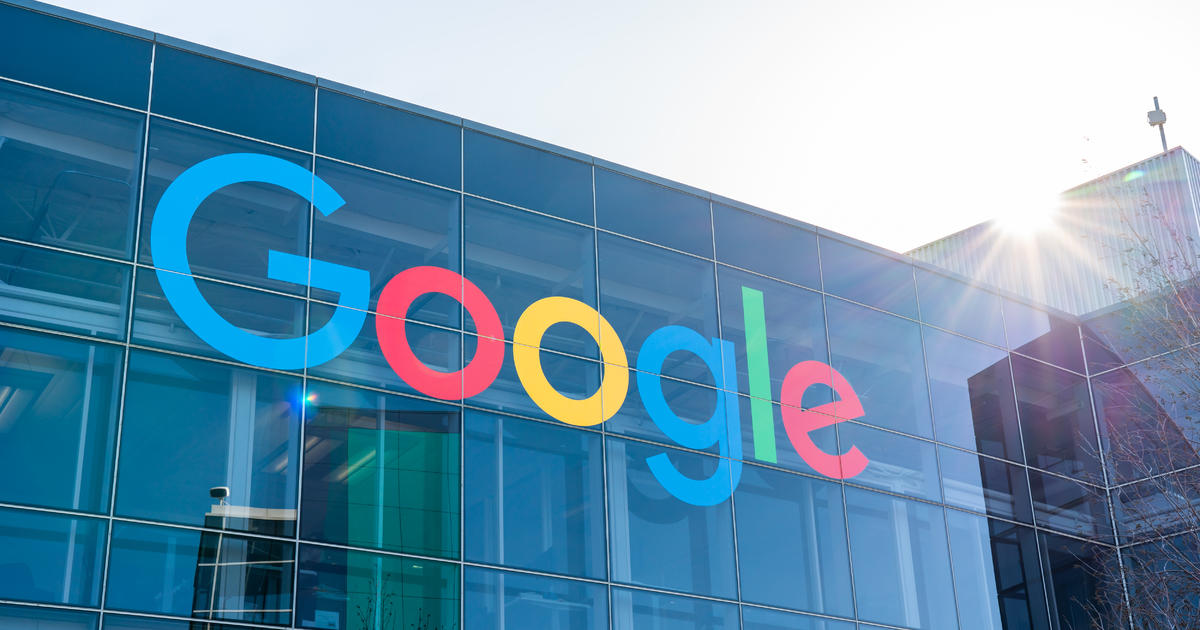 The high-flying tech industry is facing a reckoning as the economy slows and customers pull back on spending.

In the past month alone tech companies have cut nearly 50,000 jobs, reversing a hiring spree that surged during the pandemic as millions of Americans moved their lives online. Google-parent Alphabet is the latest to slash its headcount, announcing 12,000 layoffs on Friday, or about 6% of its global workforce.

Even with the surge in layoffs, most tech companies are still vastly larger than they were three years ago. But industry analysts expect further industry cuts in 2023 as the Federal Reserve continues to increase interest rates as it hits the brakes on economic growth.

This year, “a major theme will be tech layoffs as Silicon Valley, after a decade of hyper growth, now comes to the reality of cost-cutting mode,” analysts at Wedbush said in a research note Friday.

As for what that means for tech workers, it’s too soon to tell, experts say. Despite the cascade of layoff announcements, employment in the information sector rose through most of last year, dropping only in December. That suggests demand for talent remains strong enough that many laid-off tech employees will likely be able to find new jobs.

“While layoffs from high-profile firms make the headlines, plenty of firms are desperate for more workers, especially tech workers. Those workers are in high demand from the auto industry to the Department of Veterans Affairs to not-for-profits,” said Robert Frick, corporate economist at Navy Federal Credit Union.

“The labor market is still so tight that many tech workers, and workers with other skills, are snapped up well before they need to collect an unemployment check. And they are more likely to be snapped up by smaller firms, which have a much greater demand for workers than major corporations.

The tech downturn is an anomaly amid a job market that remains the tightest in decades and has allowed many workers to command higher pay. Across the economy, announced layoffs last year fell to their second-lowest in 30 years of tracking by outplacement firm Challenger, Gray & Christmas, second only to 2021.

But even as overall layoffs fell, tech layoffs rose, with a record 1 in 4 layoffs last year taking place in the tech sector.

Here are the largest tech companies to announce cuts since 2022.

The Google parent said on January 20 that it would let go of 12,000 workers, or about 6% of its 186,000-strong global workforce. The cuts apply “across Alphabet — product areas, functions, levels and regions,” CEO Sundar Pichai said.

Pichai told employees that the Silicon Valley company simply hired too fast during the pandemic.

“Over the past two years we’ve seen periods of dramatic growth,” Pichai wrote in an email that was also posted on Alphabet’s corporate blog. “To match and fuel that growth, we hired for a different economic reality than the one we face today.”

The e-commerce company is moving to cut about 18,000 positions, a downshift that began in November and that will continue into this year. That’s just a fraction of its 1.5 million-strong global workforce.

While the vast majority of the company’s employees work in its vast warehouse and logistics operation — which doubled in size during the pandemic — the cuts mostly affect white-collar employees in some of the company’s less profitable sectors, including the division responsible for its voice assistant, Alexa.

The online car seller cut about 2,500 workers in May 2022, or 12% of its workforce. The company was widely criticized for its handling of the layoffs, many of which were done via Zoom and email.

The Phoenix-based company, which delivers new and used cars to buyers, blamed the cuts on an “automotive recession.”

The cryptocurrency trading platform cut roughly 20% of its workforce, or about 950 jobs, in January. It’s the second round of layoffs in less than a year, with 1,100 workers losing their jobs in June.

The ride-hailing service said in November it was cutting 13% of its workforce, almost 700 employees. The layoffs affect its corporate employees, since Lyft’s army of drivers are considered independent businesses, not employees of the transportation company.

The parent company of Facebook in November laid off 11,000 people, about 13% of its workforce. Meta has struggled more than many tech companies this year; its user base has shrunk, while CEO Mark Zuckerberg has put billions of dollars into building what he calls the “metaverse,” to the consternation of its investors. The company’s stock has lost two-thirds of its value since peaking in August 2021.

The software company in January said it would cut about 10,000 jobs, almost 5% of its workforce, as it refocuses its strategy on artificial intelligence and away from hardware. In the two years ending in June 2022, Microsoft had expanded from 163,000 workers to 221,000.

The company, whose app helped attract a new generation of investors to the market, announced in August that it would reduce its headcount by 23%, or approximately 780 people. That’s the second round of recent layoffs for the company, which last year cut 9% of its workforce.

The company cut 10% of its workforce, or about 7,300 employees, in January. It also said it was closing some offices, citing a “challenging” environment and lower customer spending.

The parent company of social media platform Snapchat said in August that it was letting go of 20% of its staff. Snap’s staff has grown to more than 5,600 employees in recent years, meaning that, even after laying off more than 1,000 people, Snap’s staff would be larger than it was a year earlier

The payment processor announced layoffs of roughly 1,000 workers in November,  amounting to 14% of its workforce. In an email to employees posted on Stripe’s website, CEO Patrick Collison said the company expected “leaner times” amid worsening economic conditions.

About half of the social media platform’s staff of 7,500 was let go after the billionaire CEO of Tesla, Elon Musk, acquired the service in October. An unknown number have left, with some objecting to the new ownership and Musk’s demand for an “extremely hardcore” attitude.

The online shopping company announced in January that it would cut 1,750 workers, or about 10% of its global employees, as it adjusts to falling consumer demand after the home-renovation boom of the pandemic. It’s the second round of layoffs for the Boston-based company, which cut 870 employees in August.

“In hindsight, similar to our technology peers, we scaled our spend too quickly over the last few years,” Shah said in a statement. 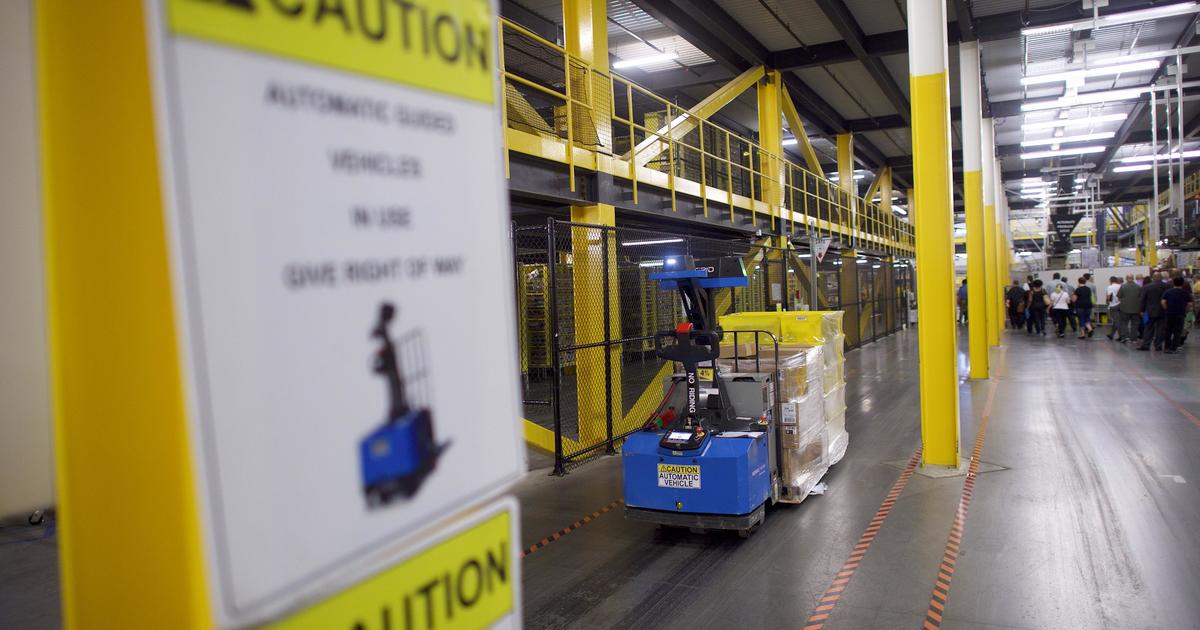 Cell phones and screens are keeping your kid awake

Microsoft plans to cut thousands of jobs, according to report