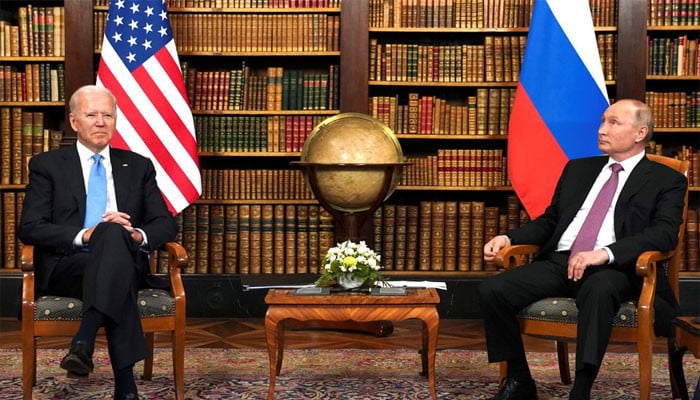 Russia said on Friday that relations with the United States were at an all-time low, dismissing the idea the two sides could turn things around halfway through US President Joe Biden’s term in office.

“Bilateral relations are probably at their lowest point historically, unfortunately,” Kremlin spokesman Dmitry Peskov told reporters. “There is no hope for improvement in the foreseeable future.”

Already poor US-Russia ties became even more strained last year when Russia invaded Ukraine, prompting Washington and its allies to respond with a barrage of sanctions against Russia’s economy.

The US has also provided Kyiv with substantial economic and military support, drawing condemnation from Russian officials who have accused Washington of playing a direct role in the conflict.

While there have been occasional diplomatic successes, including prisoner swaps involving US Marine veteran Trevor Reed and basketball star Brittney Griner, high-level contact has been scarce.

US-Russia talks on resuming inspections under the New Strategic Arms Reduction Treaty (START) were called off at the last minute in November last year, while the Kremlin has played down the idea of face-to-face talks between Biden and President Vladimir Putin – who last met in person in Geneva in June 2021.

“The past two years have been, despite initial timid hopes related to Geneva … very bad for bilateral relations,” Peskov said.

The Kremlin has kept open the possibility of further talks between Russia’s foreign spy chief Sergei Naryshkin and US Central Intelligence Agency (CIA) Director William Burns, who met in Ankara in November.